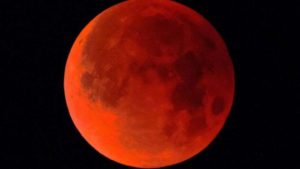 The three end time prophecies of the Book of Daniel Chapter 12 (the 1260, 1290 and 1335-Day Prophecies) will be fulfilled in our generation. This podcast contains the keys to unlock them.

I’m happy to be back with you after a few weeks of absence. It’s been an exciting but also an incredibly challenging period.

I’ll give you a quick update. The Lord has been opening doors for the ministry to expand through the production of Spanish presentations.

First I was invited to present at Battles of Faith, an evangelistic event that reaches tens of thousands of people via satellite TV and the internet. I shared the message about the US and France in Bible prophecy, and explained the striking parallels between 9/11 and the burning of Notre Dame Cathedral and what that means for us. The feedback was extremely positive. If you haven’t listened to that podcast yet, be sure to check it out: US and France in Bible Prophecy.

Then I worked with a church in Puerto Rico to prepare and deliver a revival campaign called “Mysteries of the Sanctuary”. That series represented nearly a month of work and was also very well received. It should be up on our YouTube channel soon.

So it’s only now that I’m back to pick up where we left off on our English-language podcast. Today we’ll study the end time prophecies of Daniel Chapter 12.

I hope you’ll be very focused today because everything we’ll be covering is truth that Satan doesn’t want you to understand. For those of you joining us for the first time, welcome to our podcast. After you listen to this study you might want to go back and listen to the rest of the Daniel series. It will give you a lot of useful context.

This is what we’ll be covering in this study of the end time prophecies of Daniel 12. It’s very exciting so you don’t want to miss any of it. In bold is what we’ll cover in today’s study.

The Prophetic Timelines of Daniel 12 Are Still Future

Many students of Bible prophecy, including the Adventist Pioneers, have tried to demonstrate that the 1335, 1290 and 1260 timelines of Daniel 12 have already been fulfilled. Personally, I don’t agree. It would take me some time to walk you through the reasons why I believe they haven’t been fulfilled. I prefer to use our time today to show you the Biblical evidence why these time prophecies are still future. They’ll be fulfilled in our generation.

The sheer number of times that the text reiterates that it deals with the end of time:

The language used points us to the very end of time. We just read the five times that the word “end” is used in Daniel 12. Four out of those five the Hebrew word “qets” is used. “Qets” takes us to the very extremity of time, the uttermost border of time.

God typically veils prophecy until the time of its fulfillment. This phenomenon is called “Contemporary Recognition of Prophetic Fulfillment”. Let me give you three examples of that:

Bible language should be taken literally unless there’s something in the context showing us that it should be interpreted symbolically. Ellen White stated it this way in the Great Controversy, page 599: “The language of the Bible is to be taken at its most obvious (literal) meaning, unless some figure or symbol is employed”.

For example, the Book of Revelation is a highly symbolic book. How do we know that? Let’s read Revelation 1:1: “The Revelation of Jesus Christ, which God gave Him to show His servants—things which must shortly take place. And He sent and signified it by His angel to His servant John”. The use of the expression “to signify” means that the revelations would be expressed in signs and symbols that we would need to decode. The Bible itself gives us the meaning of the symbols.

That’s Revelation. There’s no such marker or indicator for the Book of Daniel. The Book of Daniel is to be taken literally except for the obvious portions that are dreams and visions, such as the vision of the four beasts, the vision of the ram and the he-goat, the vision of Nebuchadnezzar’s golden statue, etc. But if there are no obvious symbols in the passage, it should be taken literally. This is the case of Daniel Chapter 12. There are no symbols, dreams or visions in Daniel 12.

As we went through our previous studies on the Book of Daniel we saw that the action in the book progresses through history. We could say that this book has a forward movement. The Book of Daniel starts in Babylon at the height of its glory, around 600 BC. It then moves into the days of the Medo-Persian Empire. Through prophecy, dreams and visions it takes us through the Pagan Roman Empire, then the Papal or Holy Roman Empire, and finally Daniel 12 takes us to the very end of time, just before the Second Coming of Christ.

Keys to Understand the Three Timelines of Daniel 12

A timeline is a stretch of time between two events. What I’m going to explain now are two keys to help us identify and recognize the events that start and end each one of the Daniel 12 timelines.

The book of Daniel is tightly coupled with the Book of Revelation. When we don’t understand something in Daniel we go to Revelation for insight, and vice-versa.

In relation to the timelines, Daniel gives us the elapsed time or the span of time between the two events that mark the beginning and end of each timeline. The Book of Revelation gives us the characters and the events.

Key Number 2: The Rule or Principle of Precedent

There are several rules or principles that help us to correctly interpret scripture in general as well as prophecy. One of these principles is the Rule of Precedent. When we’re puzzled about how something works in scripture, we go to something similar in a similar context to see how that was done. Then we apply that same meaning or approach to the problem we’re analyzing to see if there’s a fit. We’ll do that right now with other timelines in the Book of Daniel and see if that can apply to the three timelines of Daniel 12.

When I understood the precedent that had been set within the Book of Daniel itself with three other timelines, I was able to understand and validate the key events that begin and end each timeline.

First Timeline: The 7 Times of Nebuchadnezzar in Daniel 4

In Daniel Chapter 4, King Nebuchadnezzar is given a prophetic dream that concerned him very personally. It was a warning from heaven that his kingdom would be taken away from him. Listen now to verses 16 and 17 of Daniel 4:

“16 Let his heart be changed from that of a man,
Let him be given the heart of a beast,
And let seven times pass over him.

17 ‘This decision is by the decree of the watchers,
And the sentence by the word of the holy ones

In order that the living may know
That the Most High rules in the kingdom of men,
Gives it to whomever He will,
And sets over it the lowest of men.’”

The second thing to notice is that the timeline starts with a decree. In this case, it’s a decree of the watchers of the Most High. It’s a heavenly decree, that sets the timeline in motion.

Let’s explore now what else happens along this particular 7-year timeline. I’m reading again from Daniel 4:28-33:

28 All this came upon King Nebuchadnezzar. 29 At the end of the twelve months he was walking about the royal palace of Babylon. 30 The king spoke, saying, “Is not this great Babylon, that I have built for a royal dwelling by my mighty power and for the honor of my majesty?”

31 While the word was still in the king’s mouth, a voice fell from heaven: “King Nebuchadnezzar, to you it is spoken: the kingdom has departed from you! 32 And they shall drive you from men, and your dwelling shall be with the beasts of the field. They shall make you eat grass like oxen; and seven times shall pass over you, until you know that the Most High rules in the kingdom of men, and gives it to whomever He chooses.”

33 That very hour the word was fulfilled concerning Nebuchadnezzar; he was driven from men and ate grass like oxen; his body was wet with the dew of heaven till his hair had grown like eagles’ feathers and his nails like birds’ claws.

This precedent establishes that the beginning and ending points of a timeline can be: a decree, which is the legislative voice of a kingdom or nation, an actual voice such as the voice of God, or a judicial action as consequence of a judgment or decree. We’re going to see this in our other precedents as well.

Three Additional Timeline Precedents in the Book of Daniel

There are three other timelines in the Book of Daniel that confirm what we just explained using the example of the seven times timeline of Nebuchadnezzar’s judgment. The other three timelines are:

We’ve laid a very solid foundation for you to be able to see how we figure out the start and end dates of the three timelines in Daniel 12. First, we consider the linkages between Daniel and Revelation and let the events of Revelation give us the start and end points of the timelines. Second, by the rule of precedent, we know what kinds of events we’re looking for in Revelation: speaking voices – whether of heavenly beings, men or nations. “The speaking of the nation is the action of its legislative and judicial authorities” (Ellen G. White, Great Controversy page 442). In other words, the voice of the nation speaks through laws and decrees as well as judgments and the execution of judgments, whether to bring punishment or reward.

Because there’s so much to say about these three prophecies, we’ll do a quick overview today and we’ll follow up with a more in-depth exploration.

The first thing to say is that these three prophecies are timelines. They’re connected because the events on the timelines are connected. Secondly, the three timelines run in parallel. In other words, they’re running concurrently for a span of time even though they’re not the same length. Thirdly, they’re given in literal time, not prophetic time, so we do NOT apply the “day for a year” principle.

Last but not least, neither one of the timelines sets a date or time for the Second Coming of Christ. So if you’ve listened this far hoping to find out exactly when Jesus is coming I’m going to dash your hopes! If on the other hand, you’ve been avoiding studying these three timelines because of the prohibition against date-setting for the Second Coming, let me reassure you, that’s not what we’re doing.

Be sure to come back and join us for Part 2 of “The End Time Prophecies of Daniel 12”.