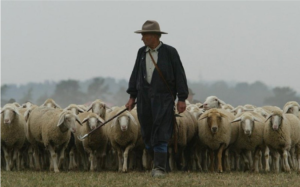 Irresponsible shepherds are teaching a false doctrine in the Church: that sin is acceptable because we will never be able to overcome our carnal nature. But the word of God counsels us on how to get the victory over the flesh.

Deception in the Church

The disciples asked Jesus: “What will be the sign of Your coming, and of the end of the age?” (Matthew 24:3).

4 And Jesus answered and said to them: “Take heed that no one deceives you.… 11 Then many false prophets will rise up and deceive many. 12 And because lawlessness will abound, the love of many will grow cold.” (Matthew 24:4, 11-12).

Jesus was speaking to the disciples, not the multitude

The biggest deceptions are to be found inside the Church, not outside. Paul wrote in 2 Corinthians 11:2-4:

2 “For I am jealous for you with godly jealousy. For I have betrothed you to one husband, that I may present you as a chaste virgin to Christ. 3 But I fear, lest somehow, as the serpent deceived Eve by his craftiness, so your minds may be corrupted from the simplicity that is in Christ. 4 For if he who comes preaches another Jesus whom we have not preached, or if you receive a different spirit which you have not received, or a different gospel which you have not accepted—you may well put up with it!”

A basic and very simple tenet of the Christian walk is that we’re in a war. There’s a war between light and darkness, between good and evil, between truth and deceit. Inside every Christian that war translates into enmity between the spirit and the flesh. The flesh is always in rebellion against the authority of the spirit, and needs to be brought into submission. God is able to give us the victory over the flesh.

Yet, there is a wind of doctrine in the church today which states that that sin is acceptable because we will never be able to overcome our carnal nature. Irresponsible shepherds are not warning their flocks about the need to obey God’s law and be pure and holy, without which no one will see God.

Ministers can be used by Satan without realizing it

This is a harsh saying, but true: Ministers can be used by Satan without realizing it.

13 “For such are false apostles, deceitful workers, transforming themselves into apostles of Christ. 14 And no wonder! For Satan himself transforms himself into an angel of light. 15 Therefore it is no great thing if his ministers also transform themselves into ministers of righteousness, whose end will be according to their works.” (2 Corinthians 11:13-15)

Ministers who fail to speak the straight testimony of the word of God fall in this category. They may not do this out of an evil intention. It may simply be because of their desire to fit in, to be accepted by the congregation, and to speak smooth, pleasing words.

Sadly, many “little sheep” will be slaughtered at Jesus’ Second Coming because of false preaching. They believe the lies of those who preach smooth things. Even more sadly, this is happening even within God’s remnant church, which is not exempt from this wind of doctrine.

In fact, the reason I’m sharing these thoughts with you is because on two separate occasions, in two different countries, I listened to a Sabbath message by two such ministers. In a rather irreverent attitude, they seemed to actually be encouraging the congregation to sin! I was quite shocked and stirred up enough to voice my concern about this extremely dangerous teaching.

We need to be watchmen on the wall

6 “But if the watchman sees the sword coming and does not blow the trumpet, and the people are not warned, and the sword comes and takes any person from among them, he is taken away in his iniquity; but his blood I will require at the watchman’s hand.’ 7 “So you, son of man: I have made you a watchman for the house of Israel; therefore you shall hear a word from My mouth and warn them for Me.” (Ezekiel 33:6-7).

The consequences for the sheep that are misled can be quite grave, as grave as eternal death: 6 “Let no man deceive you with vain words: for because of these things cometh the wrath of God upon the children of disobedience.” (Ephesians 5:6)

The Lord is displeased with irresponsible shepherds

34 “And the word of the Lord came to me, saying, 2 “Son of man, prophesy against the shepherds of Israel, prophesy and say to them, ‘Thus says the Lord God to the shepherds: “Woe to the shepherds of Israel who feed themselves! Should not the shepherds feed the flocks? 3 You eat the fat and clothe yourselves with the wool; you slaughter the fatlings, but you do not feed the flock. 4 The weak you have not strengthened, nor have you healed those who were sick, nor bound up the broken, nor brought back what was driven away, nor sought what was lost; but with force and cruelty you have ruled them. 5 So they were scattered because there was no shepherd; and they became food for all the beasts of the field when they were scattered. 6 My sheep wandered through all the mountains, and on every high hill; yes, My flock was scattered over the whole face of the earth, and no one was seeking or searching for them.”

7 ‘Therefore, you shepherds, hear the word of the Lord: 8 “As I live,” says the Lord God, “surely because My flock became a prey, and My flock became food for every beast of the field, because there was no shepherd, nor did My shepherds search for My flock, but the shepherds fed themselves and did not feed My flock”— 9 therefore, O shepherds, hear the word of the Lord! 10 Thus says the Lord God: “Behold, I am against the shepherds, and I will require My flock at their hand; I will cause them to cease feeding the sheep, and the shepherds shall feed themselves no more; for I will deliver My flock from their mouths, that they may no longer be food for them.” (Ezekiel 34:1-10).

A people with itching ears

There would be fewer false ministers of the gospel if they had no audience. But the reality is that they cater to a willing flock, a public that wants smooth preaching.

9 “That this is a rebellious people, lying children, children that will not hear the law of the Lord: 10 Which say to the seers, See not; and to the prophets, Prophesy not unto us right things, speak unto us smooth things, prophesy deceits: 11 Get you out of the way, turn aside out of the path, cause the Holy One of Israel to cease from before us.” (Isaías 30:9-11)

We get a second witness in the New Testament. Clearly this was also a problem in Paul’s day:

3 “For the time will come when they will not endure sound doctrine, but according to their own desires, because they have itching ears, they will heap up for themselves teachers; 4 and they will turn their ears away from the truth, and be turned aside to fables.” (2 Timothy 4:3-4)

1 “I charge you therefore before God and the Lord Jesus Christ, who will judge the living and the dead at His appearing and His kingdom: 2 Preach the word! Be ready in season and out of season. Convince, rebuke, exhort, with all longsuffering and teaching. …  5 But you be watchful in all things, endure afflictions, do the work of an evangelist, fulfill your ministry.” (2 Timothy 4:1-2, 5)

The true minister of the gospel preaches the word as it is and fulfills his/her ministry as commanded by God, not to please men.

These beliefs are lies planted and fostered by Satan and his agents. We need to eradicate these false teachings from the Church:

“We have a carnal nature, God understands that.”

“My human nature is sinful, I can’t help it.”

The word of God counsels us on how to get the victory over the flesh.

The experience of the prophets

One of these spurious ministers was using Romans 7 as an apology for sin. He claimed that the apostle Paul, even after having been raptured to the third heaven, still couldn’t overcome his sinful nature. This is what Paul wrote:

22 “For I delight in the law of God according to the inward man. 23 But I see another law in my members, warring against the law of my mind, and bringing me into captivity to the law of sin which is in my members. 24 O wretched man that I am! Who will deliver me from this body of death? 25 I thank God—through Jesus Christ our Lord! So then, with the mind I myself serve the law of God, but with the flesh the law of sin.” (Romans 7:22-25)

Indeed, Paul was describing the daily warfare inside of him, with his flesh striving against his spirit. But he was in no way making an apology for sin. Instead, Paul was having the experience that every prophet has when seeing the Lord. The prophet becomes extremely conscious to his/her own sinfulness, wretchedness, misery and unrighteousness, compared to the perfectly holy and righteous character of God.

“Holy, holy, holy is the Lord of hosts;
The whole earth is full of His glory!”

4 And the posts of the door were shaken by the voice of him who cried out, and the house was filled with smoke.

“Woe is me, for I am undone!
Because I am a man of unclean lips,
And I dwell in the midst of a people of unclean lips;
For my eyes have seen the King,
The Lord of hosts.””

This is how the Lord solved Isaiah’s problem:

6 “Then flew one of the seraphims unto me, having a live coal in his hand, which he had taken with the tongs from off the altar: 7 And he laid it upon my mouth, and said, Lo, this hath touched thy lips; and thine iniquity is taken away, and thy sin purged.” (Isaiah 6:6-7)

The Lord didn’t just cleanse the prophet’s lips. He was totally purged from sin so that he could become a clear vessel, a worthy messenger for God’s word for His people. This is what happened next:

8 “Also I heard the voice of the Lord, saying:

“Whom shall I send,
And who will go for Us?”

The solution the Lord gave Paul is to be in Christ and to walk in the Spirit of God.

This passage in the Book of Romans is a very key part of Christian theology. It’s almost a distillation of the gospel in a few verses, describing well the war between the spirit and the flesh and the need to live according to the Spirit:

The messengers of God

The Lord first needs to cleanse all His messengers so that they can yield fruits of righteousness. This is how he does it:

2 “Every branch in Me that does not bear fruit He takes away; and every branch that bears fruit He prunes, that it may bear more fruit. 3 You are already clean because of the word which I have spoken to you.”  (John 15:2-3)

The Lord prunes His good servants so that they’ll bear more fruit and cleanses them by His word. He sanctifies us through the washing of the word (Ephesians 5:26).

What is the message when the messenger has been cleansed and sent by God? It’s never a smooth message!

“1 In those days John the Baptist came preaching in the wilderness of Judea, 2 and saying, “Repent, for the kingdom of heaven is at hand!” (Matthew 3:2)

This is the message of the hour. Repent, for the kingdom of heaven is at hand! For why would you die, oh house of Israel?