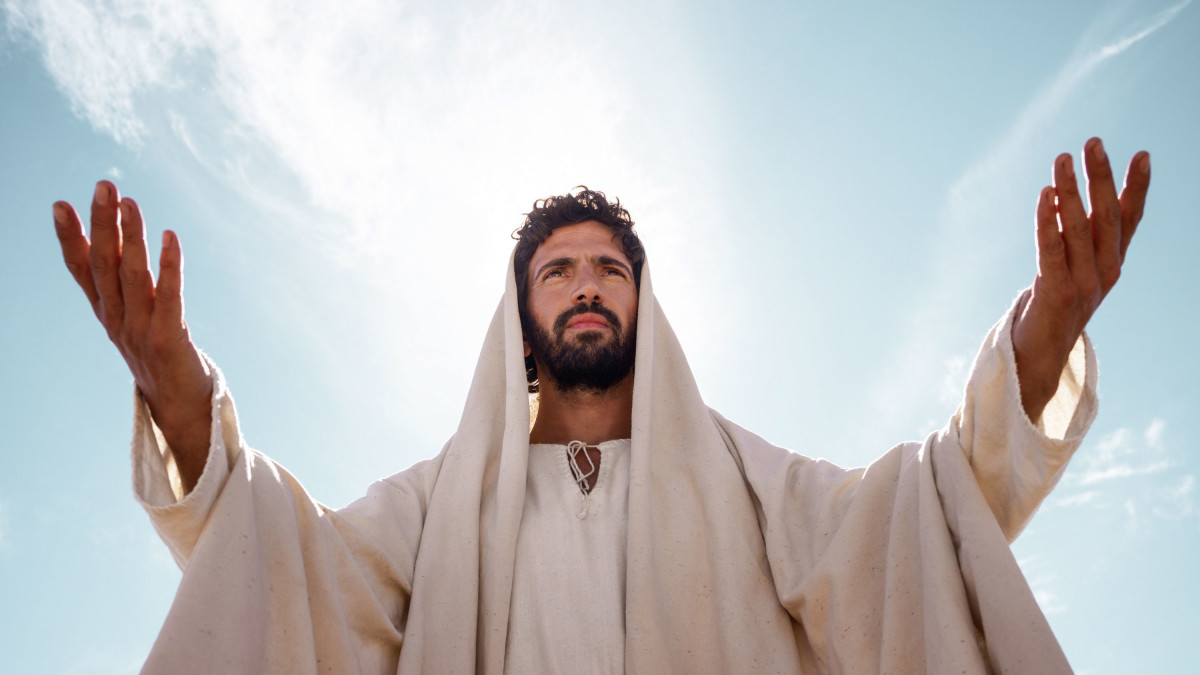 As the time of preparation for God’s people winds down, we need to trust in the power of heaven to redeem us. Our carnal nature gets in the way, but Jesus has power to save us from ourselves.

What I’d like to share with you today will be helpful for you wherever you may be in your walk with God, even if you haven’t started that walk yet.

Satan created the Corona Virus in order to divide and conquer the earth. It’s a brilliant military strategy – never forget that we’re at war against the enemy of our souls (Revelation 12:17). The virus has done and is still doing what no army general could ever accomplish: a complete world takeover in barely a few months.

And because Satan counterfeits everything God does, he likes to play with symbols. The Corona Virus is so named because it will give Satan and anti-christ the crown of world power.

Because we’re in the last straight line of the Plan of Salvation. There will be no more delay. “For yet a little while, and he that shall come will come, and will not tarry” according to Hebrews 10:37. Clearly this is a certain sound of the trumpet. God is letting the world know that there’s no more business as usual. There’s no going back to the world we knew.

But God has also gifted us with this time of preparation for His people to get ready. This short time – which is nearly over – should be a time of prayer, study of the word, and deep soul-searching. I hope you’ve been using it that way. I know many of God’s people have.

What I want to share with you today is something that will empower you in your time of preparation. It’s more than present truth – it’s timeless, eternal truth.

Today’s study is about the linchpin of the Plan of Salvation: the chief cornerstone that the builders rejected and yet without Him there’s no salvation and no plan. It’s a study about the deity of Christ and His awesome power to save to the uttermost those who come to God through Him, since He ever liveth to make intercession for us.

Now is the time to make all things right with God and to know, not intellectually, but to experience in the flesh that God can heal your fallen nature. He can help you overcome whatever you may have given up on as totally impossible, because you’ve failed so many times.

The power that created worlds, the power that holds the universe in place and sustains life, is willing and available to help you overcome sin. If you’re saved or want to be saved and stay saved, join me for this uplifting journey to understand God’s power to save.

The Power of God unto Salvation

Although the Father is the source of all things, (the Divine Architect as I call Him), Jesus is the Creator, the active agent through whom the Father spoke the world into existence. When we understand that by inheritance Jesus has all the attributes of divinity that the Father has, we can better understand His power of redemption.

Let’s go to scripture to understand who this Jesus really is, the man that they called the Nazarene, who was scorned and humiliated and tortured beyond description.

First of all, Isaiah tells us that one of His titles is “Mighty God” (Isaiah 9:6).

Hebrews 1 tells us that Jesus obtained this title by inheritance: “His Son, whom he hath appointed heir of all things, by whom also He made the worlds; 3 Who being the brightness of His glory, and the express image of His person, and upholding all things by the word of His power, when He had by Himself purged our sins, sat down on the right hand of the Majesty on high: Being made so much better than the angels, as he hath by inheritance obtained a more excellent name than they.” (Hebrews 1:2-4)

So Jesus is Heir of the entire universe, Creator of the worlds, the brightness of the Father’s glory, the express image of His person, upholds all things by the Word of His power, and is sat down on the right hand of the Majesty on high. By inheritance he obtained the title “Mighty God”.

God the Father has put all things under His feet except the Father Himself (1 Corinthians 15:27). Therefore the highest authority in the universe deploys His saving POWER to rescue fallen man from the clutches of Satan.

Colossians 1 and 2 paint a powerful picture of the deity of Christ:

“13 Who hath delivered us from the power of darkness, and hath translated us into the kingdom of his dear Son:

14 In whom we have redemption through his blood, even the forgiveness of sins:

15 Who is the image of the invisible God, the firstborn of every creature:

16 For by him were all things created, that are in heaven, and that are in earth, visible and invisible, whether they be thrones, or dominions, or principalities, or powers: all things were created by him, and for him:

17 And he is before all things, and by him all things consist.

18 And he is the head of the body, the church: who is the beginning, the firstborn from the dead; that in all things he might have the preeminence.

19 For it pleased the Father that in him should all fulness dwell;

20 And, having made peace through the blood of his cross, by him to reconcile all things unto himself; by him, I say, whether they be things in earth, or things in heaven.” (Colossians 1:12-20)

“9 For in him dwelleth all the fulness of the Godhead bodily. 10 And ye are complete in him, which is the head of all principality and power” (Colossians 2:9-10).

In Romans 8:9 we learn that the Holy Spirit is the Spirit of God and of Jesus. They share the same Spirit.

The Exalted Nature of Christ

“8 But unto the Son he saith, Thy throne, O God, is for ever and ever: a sceptre of righteousness is the sceptre of thy kingdom. 9 Thou hast loved righteousness, and hated iniquity; therefore God, even thy God, hath anointed thee with the oil of gladness above thy fellows. 10 And, Thou, Lord, in the beginning hast laid the foundation of the earth; and the heavens are the works of thine hands” (Hebrews 1:8-10).

And finally, Philippians 2:6-11, where Jesus, although He was in the form of God:

“7 … made himself of no reputation, and took upon him the form of a servant, and was made in the likeness of men:

8 And being found in fashion as a man, he humbled himself, and became obedient unto death, even the death of the cross.

9 Wherefore God also hath highly exalted him, and given him a name which is above every name:

11 And that every tongue should confess that Jesus Christ is Lord, to the glory of God the Father.”

Redemption Calls Upon the Power of Creation

“Therefore if any man be in Christ, he is a new creature: old things are passed away; behold, all things are become new” (2 Corinthians 5:17).

“23 And (that ye) be renewed in the spirit of your mind; 24 And that ye put on the new man, which after God is created in righteousness and true holiness” (Ephesians 4:23-24).

There is no power above the power of God. His throne is above all thrones and principalities and powers. His dominion is over all creation. His wisdom encompasses the entire universe and penetrates to the smallest particle.

God alone is the Creator. He alone can make you into a new creation. He knows exactly what you’re lacking to become perfect in Christ.

If God applies all His love and power and wisdom to save you, He will succeed in saving you. But only if you let Him. The only thing that can prevent God from saving you, is you. He will never go against your free will.

If you are, let’s pray together and ask the Lord to accomplish His saving work in you.

If you haven’t listened to my recent podcast on righteousness by faith, here’s the link so you can catch up: “Preparation Time Nearly Finished“.