The Covid vaccine is the preliminary test for God’s people, which will help them prepare for the eternally definitive test: the seal of God versus the mark of the beast. In this study we explore the spiritual purpose and impact of the Covid vaccine.

If you haven’t yet listened to Part 1 of this study, click here.

On earth, the Papacy and the Jesuits, working through the rulers of the nations and the rich men of the earth, engineered two great crises in the last two years:

Obviously, applying their Hegelian dialectic model, they will bring both together in 2021 with their proposed solution, which is the Great Reset and the New World Order with the added ingredient of the Sunday Law.

Let’s take a moment to analyze the strategic importance of the pandemic.

We know that the Vatican and the Jesuits instigated Covid 19.  One piece of predictive programming in the French Astérix cartoon which appeared in 2017 blatantly linked the Corona Virus to Rome. This was nearly three years before the virus was released.

Why is Rome behind Covid 19? How does the Vatican Benefit from Covid? The pandemic was intended to be a “dry run”, or a “dress rehearsal” if you will, of many of the measures that will be implemented in the New World Order. The NWO is the beast kingdom of Revelation 13 or the end time papal rule prophesied in the bible.

What are some of those measures that they introduced in 2020 that will be carried over into the new global totalitarian regime?

The environment created by Covid 19 is not going away, it’s only getting worse.

Spiritual Origin and Function of the Covid 19 Vaccine

Spiritually speaking, there’s something critically important to understand about the vaccine. In Revelation 17 and 18 we learn more about the beast system which represents Rome or the Vatican, a union of church and state that is a counterfeit religious system. This system is characterized as a harlot woman, representing the Catholic hierarchy (in the bible, churches are symbolized as women). The harlot mother has harlot daughters, representing the Protestant churches who have allied themselves with her.

We need to understand the connection between the Roman Catholic Church and the vaccine.

Let’s quickly read some of those verses:

4 And the woman was arrayed in purple and scarlet colour, and decked with gold and precious stones and pearls, having a golden cup in her hand full of abominations and filthiness of her fornication: (Revelation 17:4)

We get more detail in Revelation 18:

3 For all nations have drunk of the wine of the wrath (see Rev. 12:17) of her fornication, and the kings of the earth have committed fornication with her, and the merchants of the earth are waxed rich through the abundance of her delicacies. (Revelation 18: 3)

What does this all mean? The harlot woman gets her power not from God, but from Satan, mostly working through the kings of the earth. She’s in bed with the men of power, both political and economic. The great men, the merchants of the earth (think of Bill Gates and others), support her because they get great riches from her political and economic strategies and policies.

Mystery Babylon holds a golden cup in her hand

She has in her hand a golden cup full of abominations and the filthiness of her fornication. For one, the wine of Babylon is false doctrine. Not necessarily religious false doctrine, but indoctrination through the mass media. People are being reprogrammed to believe everything about Covid and the vaccine and they’re taking it in hook, line and sinker.

But let’s consider now this other aspect regarding the effect Mystery Babylon has on the people of the world:

Personally, I believe that in God’s Word, whenever a symbol is used, there’s always a literal sense, a literal truth which justifies the choice of that particular symbol. There’s a layer of literal meaning underneath the symbol of the harlot’s golden cup. So, in addition to representing false doctrine (Sunday sacredness) or indoctrination (Covid propaganda), as well as the blood of God’s saints, it has yet another, more literal, meaning.

The golden cup is quite literally the Covid vaccine. It contains sorceries and demonic deceptions that will be unleashed at the end of time when the harlot’s reach is worldwide. The vaccine will be the enabler, possibly even the carrier, of these sorceries and satanic deceptions. It is the vaccine that will make the nations drunk, unable to think or make wise decisions or discern between good and evil. The people of the world will be bewitched by the great harlot’s sorcery (pharmakeia) administered by “great pharma”. They will lose their free will and comply with all the dictates of this counterfeit religious system. 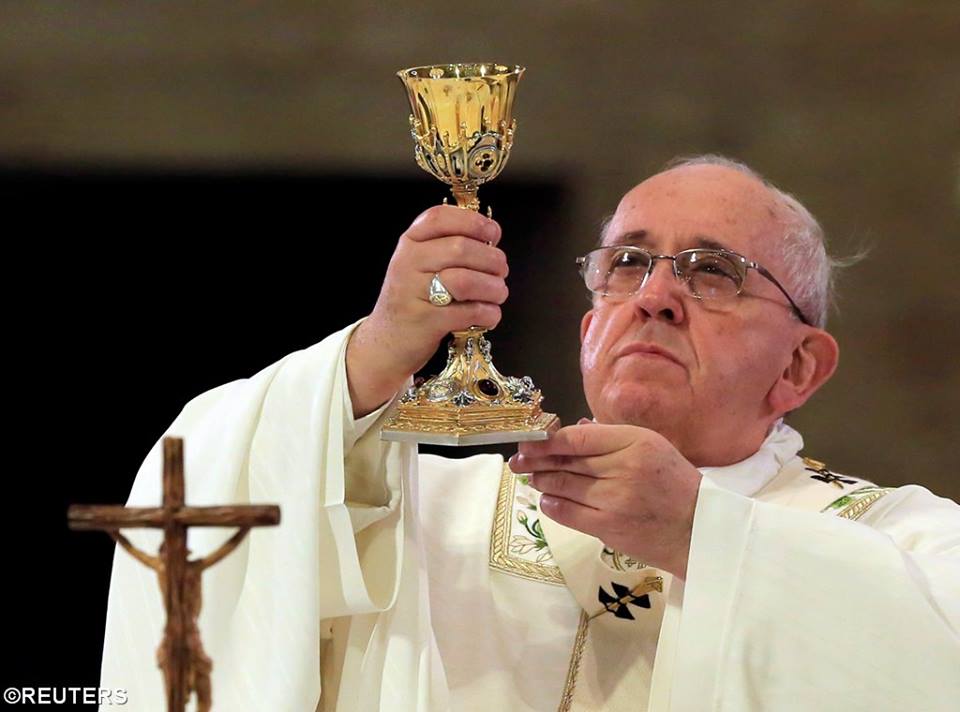 What’s in the Covid vaccine?

The Covid vaccine is a deadly cocktail full of filthiness and abominations. Let’s review some of its components, I’m sure most of you have heard this before but let’s do it quickly. I want you to be able to succinctly share this information with your loved ones to see if we can save people from vaccine suicide.

If you look up the word “Fundamentalist” in the Merriam-Webster Dictionary, it says:

1a often capitalized : a movement in 20th century Protestantism emphasizing the literally interpreted Bible as fundamental to Christian life and teaching

b: the beliefs of this movement

c: adherence to such beliefs

Taking a stand against the Covid vaccine

Some people of the world understand the dangers of the vaccine and are saying no. This is why the medical propaganda has intensified, as well as the censorship. You can no longer find the truth about the vaccine on the internet. It’s all been taken down.

Brothers and sisters, no child of God should put this vaccine into their bodies. Our body is the temple of God’s Holy Spirit. We should put no unclean thing into our bodies.

As terrifying as this vaccine sounds, it’s not the end of their evil imaginations. As they continue to evolve and mutate the virus, they will do the same with the vaccine. They will continue to release new versions of the vaccine. People will have to come back constantly for new injections. The concoction will get deadlier and deadlier with more and more abominations until everyone is a zombie. If you take this vaccine, over time you’ll end up in a very bad place.

Do your own research. You’ll be convinced that God’s people need to take a stand against the Covid vaccine.