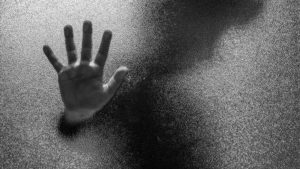 But not only in Vermont. The special journalistic investigation into orphanage crimes considers Catholic institutions across the US, Canada, Ireland, and Australia. Victims of child abuse by Catholic nuns are coming out to share with the world their experiences and what they witnessed.

Some of the heart-rending eye witness accounts include abuse, torture and even murder:

I can’t do justice to the pathos of these stories. My heart goes out to the victims and the courageous lawyers who are fighting their cases in courts of justice across the world.

The Catholic system – spiritual Babylon – is fulfilling prophecy. New atrocities are discovered every day and added to the long list of crimes against God and men. “And he (the angel) cried mightily with a strong voice, saying, Babylon the great is fallen, is fallen, and is become the habitation of devils, and the hold of every foul spirit, and a cage of every unclean and hateful bird” (Revelation 18:2).

In due time she will receive her due reward. “And great Babylon came in remembrance before God, to give unto her the cup of the wine of the fierceness of his wrath” (Revelation 16:19).