“Eat honey because it is good” 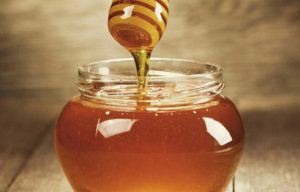 As always, science and medicine confirm the ancient wisdom of the Bible, which says in Proverbs 24:13: “My son, eat honey because it is good”. Notice that the Lord didn’t say “because it tastes good” but “because it is good”. More intriguing yet, honey seems to have not only health benefits but also spiritual power.

Let’s first look at the evidence of the goodness of honey for our bodies:

2. Reduce ulcers and other gastrointestinal disorders
Recent research shows that honey treatment may help disorders such as ulcers and bacterial gastroenteritis. This may be related to the 3rd benefit.

3. Anti-bacterial, anti-fungal, anti-fungal
“All honey is antibacterial because the bees add an enzyme that makes hydrogen peroxide,” said Peter Molan, director of the Honey Research Unit at the University of Waikato in New Zealand.

4. Increase athletic performance
Ancient Olympic athletes would eat honey and dried figs to enhance their performance. This has now been verified with modern studies, showing that it is superior in maintaining glycogen levels and improving recovery time than other sweeteners.

Honey has a quality of penetrating the deepest tissues of the body. When honey is used with other herbal preparations, it enhances the medicinal qualities of those preparations and also helps them to reach the deeper tissues.

7. Blood sugar regulation
Even though it contains simple sugars, it is NOT the same as white sugar or artificial sweeteners. Its exact combination of fructose and glucose actually helps the body regulate blood sugar levels. Some kinds of honey do have a low hypoglycemic index, so they don’t jolt your blood sugar.

8. Heal wounds and burns
External application of honey has been shown to be as effective as conventional treatment with silver sulfadiazine. It is speculated that the drying effect of the simple sugars and honey’s antibacterial nature combine to create this effect.  Studies have shown it to be very successful in healing wounds.

9. Probiotic
Some varieties possess large amounts of friendly bacteria. This includes up to 6 species of lactobacilli and 4 species of bifidobacteria. This may explain many of the “mysterious therapeutic properties of honey.”

10. Strengthen the immune system
Manuka Honey has been found to stimulate the production of immune cells according to a study at the School of Medicine, Cardiff University, UK.

The Spiritual Power of Honey

But that’s not all. The Bible also reveals that honey has spiritual power to help us to “know to refuse the evil and choose the good”. There are several verses of scripture that hint at or make explicit the power of honey:

In the First Book of Samuel chapter 14, King Saul taken a rash oath that his people should not eat until the evening, after they had fought against the Philistines who were on the run. The people went through a forest where there was honey lying on the ground, and no man dared to eat because of Saul’s express command. Saul’s son Jonathan had not heard the injunction against the honey so he dipped his staff in the honey and ate of it. Notice what Jonathan replied when the Israelites admonished him for breaking his father’s command:

“Then said Jonathan, My father hath troubled the land: see, I pray you, how mine eyes have been enlightened, because I tasted a little of this honey”.

The Hebrew word translated as “enlightened” is “or”, which means to be or to become light. Were it not for other passages of scripture one could easily assume, as do most Bible translations, that this verse is simply saying that “Jonathan’s countenance brightened” (NKJV) or that “his eyes became bright” (NIV). But I believe that the verse is pointing to a deeper spiritual truth that is expressed in other Bible verses.

The Immanuel Prophecy in Isaiah 7, which predicted the birth of Christ, says: “Therefore the Lord Himself will give you a sign: Behold, the virgin shall conceive and bear a Son, and shall call His name Immanuel. Curds and honey He shall eat, that He may know to refuse the evil and choose the good” (Isaiah 7:14-15). Interesting, isn’t it? Messiah had a special purpose and a special diet would help him accomplish that purpose.

It was critically important that Jesus not sin during His entire life. The lamb had to be without blemish for the sacrifice to be acceptable. In order to fulfill His God-given mission, Jesus needed to know to refuse evil and choose good. This implies that He needed to be able to discern between good and evil and then have the power to choose good over evil.

There are two other Bible heroes to whom the Lord assigned a special diet in order to fulfill their spiritual assignment: Samson and John the Baptist.

Let’s read about John the Baptist and his ministry in Matthew 3:1-6:

“In those days John the Baptist came preaching in the wilderness of Judea, and saying, “Repent, for the kingdom of heaven is at hand!” For this is he who was spoken of by the prophet Isaiah, saying:

“The voice of one crying in the wilderness:
‘Prepare the way of the Lord;
Make His paths straight.’”

Now John himself was clothed in camel’s hair, with a leather belt around his waist; and his food was locusts and wild honey. Then Jerusalem, all Judea, and all the region around the Jordan went out to him 6 and were baptized by him in the Jordan, confessing their sins”.

Notice verse 4: “Now John himself was clothed in camel’s hair, with a leather belt around his waist; and his food was locusts and wild honey“. John the Baptist was the greatest of the prophets according to Jesus, and his calling was to prepare the way for the people of Israel to recognize and accept their Messiah.

John the Baptist himself was going to need spiritual discernment to recognize the Messiah when He would cross his path. His eyes, enlightened by the honey in his diet, enabled him to do just that:

“Then Jesus came from Galilee to John at the Jordan to be baptized by him. 14 And John tried to prevent Him, saying, “I need to be baptized by You, and are You coming to me?” But Jesus answered and said to him, “Permit it to be so now, for thus it is fitting for us to fulfill all righteousness.” Then he allowed Him” (Matthew 3:13-15). John the Baptist didn’t need Jesus to explain who He was: John recognized Him.

Additional Evidence of the Spiritual Connotations of Honey

In Exodus 16, the Lord gave manna to the children of Israel in the desert. The manna was intended to feed them during their passage through the wilderness. The Lord also intended the manna to be an obedience test regarding the Sabbath, as they were to pick up a double portion on Friday so as to rest on the Sabbath.

“Then the Lord said to Moses, “Behold, I will rain bread from heaven for you. And the people shall go out and gather a certain quota every day, that I may test them, whether they will walk in My law or not. And it shall be on the sixth day that they shall prepare what they bring in, and it shall be twice as much as they gather daily” (Exodus 16:4-5).

“And when the layer of dew lifted, there, on the surface of the wilderness, was a small round substance, as fine as frost on the ground. So when the children of Israel saw it, they said to one another, “What is it?” For they did not know what it was. And Moses said to them, “This is the bread which the Lord has given you to eat”” (Exodus 16:14-15).

Now we finally get to the connection between manna and honey:

“And the house of Israel called its name Manna. And it was like white coriander seed, and the taste of it was like wafers made with honey” (Exodus 16:31).

During 40 years in the wilderness the Lord rained manna upon His people to help them to choose good over evil, and to prepare them to enter the Promised Land, “a land flowing with milk and honey”.

Today, the only place where manna can still be found is in the Most Holy Place of God’s heavenly sanctuary, where Jesus is officiating on our behalf as our High Priest.

Is all this just a coincidence? I don’t think so.

For more on the relevance of diet for your spirituality, listen to my two podcasts on this topic:  Diet and Spirituality and The Genesis Diet.  For more on the connection between Jesus and manna, listen to Messiah’s Calendar Part 3 – The Passover Feast.