How Much Time Do We Have Left? 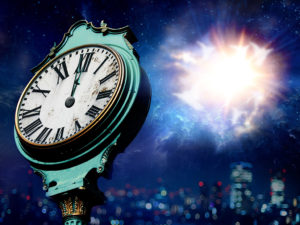 Just thought I’d give you an update of what I’ve been up to since the end of the year after Part 2 of the Prophecy Update.

Right now I’m doing a deep study of the prophecies in the Book of Daniel, with much prayer and fasting and seeking the Holy Spirit’s guidance. This book was sealed until the time of the end. It still contains prophetic “mysteries” for the last generation. )In the Bible, certain truths are called “mysteries” because they are concealed to the world but revealed to the disciples of Jesus.

In my next podcast I’ll also be sharing with you my thoughts on how to prepare for the coming crisis.

How Much Time Do We Have Left?

No, I’m not trying to set dates for the Second Coming. I am trying however to determine from Scripture “How much longer do we have?“. This is a question you should be asking yourself as well. I’m also asking the Lord:

Not everything was revealed to the founding fathers of the Advent Movement and Sister White. We can’t expect that previous generations would do our Bible study for us, nor that they would fast and pray for light they didn’t need for their time.

Because the revealed things belong to us and to our children, I’m diligently searching the scriptures and praying for understanding. God has fresh revelation in the Scriptures for His people today. He will not leave this generation in darkness, who will face the greatest tribulation that ever was since the beginning of the world (Matthew 24:21).

The Lord will continue to guide our path with the sure word of prophecy that shines like a light in a dark place “until the day dawn, and the day star arise in your hearts” (2 Peter 1:19).  The day star is Jesus Himself. The Bible therefore is telling us that the guidance of prophecy is intended to guide us until the “eve of the great consummation”, that is to say, until a short time before Jesus’ return. The day and the hour of His Coming only the Father knows, and He will speak that to His remnant people as the seventh plague is falling upon the world.

“When the time shall come, in the providence of God, for the world to be tested upon the truth for that time, minds will be exercised by His Spirit to search the Scriptures, even with fasting and with prayer, until link after link is searched out and united in a perfect chain. Every fact which immediately concerns the salvation of souls will be made so clear that none need err or walk in darkness. ….Those who lived in past generations were accountable for the light which was permitted to shine upon them. Their minds were exercised in regard to different points of Scripture which tested them. But they did not understand the truths which we do. They were not responsible for the light which they did not have. They had the Bible, as we have; but the time for the unfolding of special truth in relation to the closing scenes of this earth’s history is during the last generations that shall live upon the earth. Special truths have been adapted to the conditions of the generations as they have existed. The present truth, which is a test to the people of this generation, was not a test to the people of generations far back.” 2 Testimonies 692,693

“There is no excuse for any one in taking the position that there is no more truth to be revealed, and that all our expositions of Scripture are without an error. The fact that certain doctrines have been held as truth for many years by our people, is not a proof that our ideas are infallible. Age will not make error into truth, and truth can afford to be fair. No true doctrine will lose anything by close investigation. We are living in perilous times, and it does not become us to accept everything claimed to be truth without examining it thoroughly; neither can we afford to reject anything that bears the fruits of the Spirit of God; but we should be teachable, meek and lowly of heart. There are those who oppose everything that is not in accordance with their own ideas.” Review & Herald 1892-12-20

“We have many lessons to learn, and many, many to unlearn. God and heaven alone are infallible. Those who think that they will never have to give up a cherished view, never have occasion to change an opinion, will be disappointed. As long as we hold to our own ideas and opinions with determined persistency, we cannot have the unity for which Christ prayed.” Review & Herald 1892-07-26

“The Bible was designed to be a guide to all who wish to become acquainted with the will of their Maker. God gave to men the sure word of prophecy; angels and even Christ Himself came to make known to Daniel and John the things that must shortly come to pass. Those important matters that concern our salvation were not left involved in mystery. They were not revealed in such a way as to perplex and mislead the honest seeker after truth. Said the Lord by the prophet Habakkuk: “Write the vision, and make it plain, . . . that he may run that readeth it” (Habakkuk 2:2). Great Controversy page 522

Remember the Millerite movement? They were the root and seed of the Adventist Church. Their working assumption was that the Sanctuary was the earth,because that was the common understanding at the time. Therefore they interpreted the 2300-day prophecy in Daniel 8 to mean that Jesus would come to cleanse the earth in 1844, that He would return to gather God’s people and destroy the earth by fire.

The Millerites’ breakthrough came when one of the members of the movement, after diligent prayer and seeking of the Lord, had the conviction that the cleansing of the Sanctuary in Daniel 8 had to do with the Sanctuary in heaven and not the earth. That breakthrough in their thinking allowed them to correctly interpret the event that would take place in October of 1844. They had the date right but misinterpreted the event that would take place on that date. A false assumption was obstructing their understanding. Only when they became willing to challenge their assumptions did they get the breakthrough.

The Lord commands us to “Search the Scriptures”. Right now there’s an effervescence in God’s Remnant Church. Some of us are blowing the trumpet to alert God’s people that there’s a very big crisis right ahead of us. Many of us are studying intensely and sharing our findings with God’s people. Now is not a time to slumber or doubt or be discouraged. Now is an exciting time of earnest seeking of the Lord and preparation for the trials that lie ahead.

We need to have a spirit of humility, to study together in unity and be willing to learn from each other. The Holy Spirit can only teach us if we’re teachable. Each one of us adds a piece to the “prophetic puzzle” until we’re able to see the big picture that God is trying to show us. If there’s something God doesn’t want us to know, He didn’t put it in His Word.

Jesus’ return is much nearer than we think. “This generation shall not pass, till all these things be fulfilled” (Matthew 24:34).

Stay tuned for future podcasts to share with you the result of my prophecy research and investigations. The Lord has much light He still wants to give us. All we need is a willing heart and diligence in prayer and study. The Holy Spirit will do the rest.