No Apology for Sin 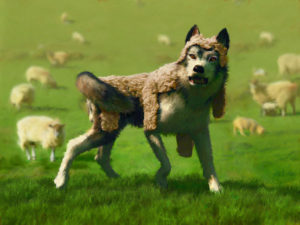 Two Sabbaths ago I was quite distressed by the message I heard from the pulpit. The pastor was, simply stated, making an apology for sin, arguing that our carnal, fallen nature is doomed to always yield fruits of unrighteousness. God – the argument goes – understanding the feebleness of our flesh will look the other way and cover us with His grace.

Had this been the first time I heard this message, maybe I would not have felt such a strong need to speak out against this blatant contradiction of God’s word. Sadly, this was a second witness, signaling that this is yet another “wind of doctrine” pervading the church.

A few months ago in another country I heard a conference official speak a similar message with a similar, slightly irreverent attitude. This is a pernicious false teaching which is leading both shepherds and sheep to destruction.

Brothers and sisters, there can be no apology for sin. Sin is a mortal enemy that needs to be uprooted from our lives and our beings. Sin is a program of self-destruction, because “the wages of sin is death” (Romans 6:23). It has not only weakened the race as compared to our antediluvian ancestors. If we don’t renounce and forsake sin it will take us to the second, eternal death.

I believe these two beautiful statements by Ellen G. White should reassure us that God has a plan that will save us from our sins:

“It is impossible to explain the origin of sin so as to give a reason for its existence. Yet enough may be understood concerning both the origin and the final disposition of sin to make fully manifest the justice and benevolence of God in all His dealings with evil. Nothing is more plainly taught in Scripture than that God was in no wise responsible for the entrance of sin; that there was no arbitrary withdrawal of divine grace, no deficiency in the divine government, that gave occasion for the uprising of rebellion. Sin is an intruder, for whose presence no reason can be given. It is mysterious, unaccountable; to excuse it is to defend it. Could excuse for it be found, or cause be shown for its existence, it would cease to be sin. Our only definition of sin is that given in the word of God; it is “the transgression of the law;” it is the outworking of a principle at war with the great law of love which is the foundation of the divine government.” (Great Controversy page 492).

“He [Jesus] did not consent to sin. Not even by a thought did He yield to temptation. So it may be with us. Christ’s humanity was united with divinity; He was fitted for the conflict by the indwelling of the Holy Spirit. And He came to make us partakers of the divine nature. So long as we are united to Him by faith, sin has no more dominion over us. God reaches for the hand of faith in us to direct it to lay fast hold upon the divinity of Christ, that we may attain to perfection of character.” (The Desire of Ages page 123).

I hope you’ll join me for this important podcast on the perils of following false shepherds and God’s promises to transform our fallen nature.