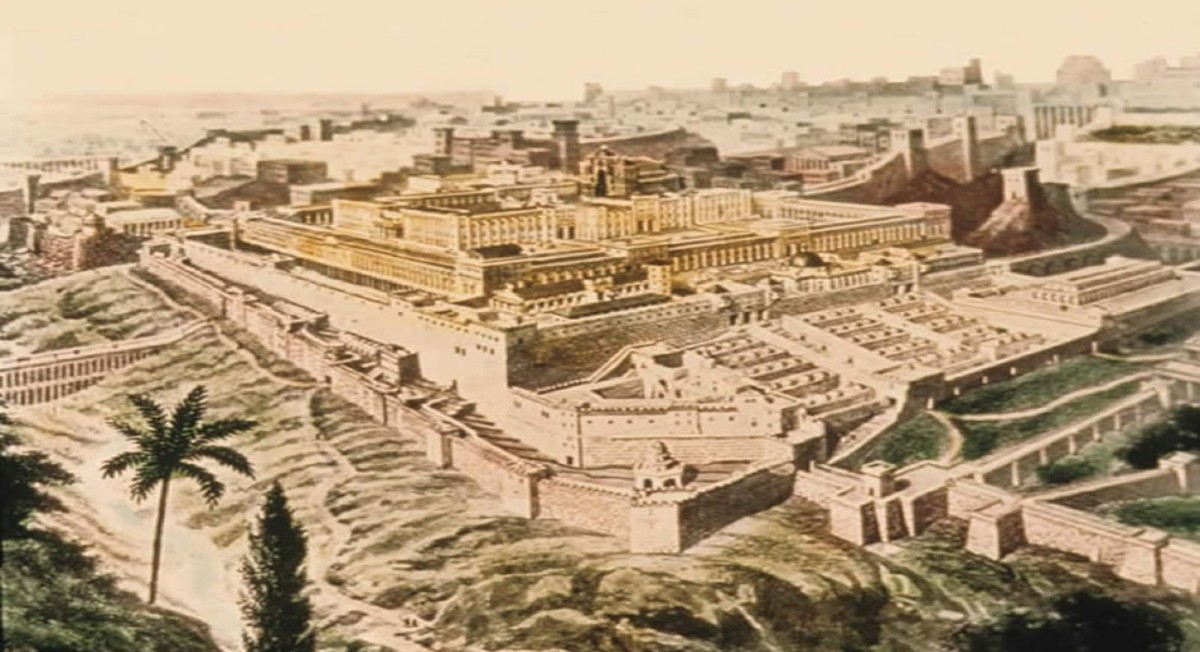 Salomon’s Temple dedicated to the Lord God of Israel was one of the wonders of the ancient world.

Question from a podcast listener and friend of City Bible Group:

“I was watching a video by Pastor XYZ yesterday and he said something I had never heard before. He was saying that when King David had the idea to build a house (temple) for God, it wasn’t God’s plan for that to happen… That when God said ‘I will raise up thy seed’ He was referring to Jesus, not Solomon. The Pastor sort of implied that having a physical temple was never God’s plan. But the Lord’s Spirit filled the temple so I guess I’m a little confused about it. If it wasn’t really God’s plan to have a temple, then I wonder about the different furniture that is in the temple and the meaning of the differences. Just wondering what are your thoughts on that?” Jennifer

Thank you Jennifer for that very interesting question.

I disagree with the Pastor who stated that God didn’t intend for a house or temple to be built for Him. Ephesians 2:10 tells us that God prepared our good works beforehand for us to walk in them. Such a formidable building and engineering project as was the First Temple would never have been birthed, let alone completed, had it been against the Lord’s will, or had it lacked His full blessing. King David’s victories over all of Israel’s enemies prepared a period of peace and prosperity that allowed for such an enterprise to be carried out.

The background story of how the temple originated

The seed of Salomon’s temple is found in 1 Chronicles 21:18. King David had allowed Satan to tempt him and numbered the fighting men of Israel, which angered the Lord (who gives the victory to many or few). The Lord gave King David three options as punishment – David chose a plague to come upon the people. When the Lord repented of His judgment and had mercy on the people, the angel of the Lord instructed King David to build an altar on Ornan’s threshing floor (commonly understood to be on Mt. Moriah).

We pick up the story in the next chapter, 1 Chronicles 22:

7 And David said to Solomon, My son, as for me, it was in my mind to build an house unto the name of the Lord my God:

8 But the word of the Lord came to me, saying, Thou hast shed blood abundantly, and hast made great wars: thou shalt not build an house unto my name, because thou hast shed much blood upon the earth in my sight.

9 Behold, a son shall be born to thee, who shall be a man of rest; and I will give him rest from all his enemies round about: for his name shall be Solomon, and I will give peace and quietness unto Israel in his days.

10 He shall build an house for my name; and he shall be my son, and I will be his father; and I will establish the throne of his kingdom over Israel for ever.”

So the Lord prophesied that a son named Solomon would be born to King David and that the Lord would consider him a son (lower case son – Jesus is the only begotten Son of God the Father). There’s absolutely no ambiguity that the Lord meant Salomon and not Jesus.

This is the clincher

In 1 Chronicles 28:11-12 and 19 we learn that God gave King David the pattern of how His House should be built and for all the works thereof, that is, the temple services.

10 Take heed now; for the Lord hath chosen thee to build an house for the sanctuary: be strong, and do it.

Verses 14 – 18 continue to outline the scope of all that was included in the pattern given to King David by God’s Spirit. Then we read in verse 19:

19 All this, said David, the Lord made me understand in writing by his hand upon me, even all the works of this pattern.

Our God is very particular about the worship He receives. He leaves NOTHING to chance or to our human imaginations. In the same way that the Lord revealed to Moses in excruciating detail every aspect of the portable tabernacle and its associated services, He also revealed to King David every detail of the new temple and services. Indeed, there are several noteworthy differences between the two, especially regarding the furnishings.

8 And let them make me a sanctuary; that I may dwell among them.

In the same way that the Lord had tabernacled with the children of Israel in the wilderness during their wanderings, He would “settle into” this new, magnificent permanent temple.

Sadly, this splendid construction was destroyed by King Nebuchadnezzar in the year 587 .C. during the siege of Jerusalem by the Chaldeans.