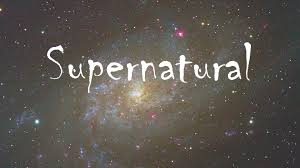 Great earthquakes shall be in divers places, and famines, and pestilences; and fearful sights and great signs shall there be from heaven. Luke 21:11.

As we near the close of time, there will be greater and still greater external parade of heathen power; heathen deities will manifest their signal power, and will exhibit themselves before the cities of the world; and this delineation has already begun to be fulfilled.

The Saviour’s prophecy concerning the visitation of judgments upon Jerusalem is to have another fulfillment, of which that terrible desolation was but a faint shadow. In the fate of the chosen city we may behold the doom of a world that has rejected God’s mercy and trampled upon His law.

Signs and wonders appeared, foreboding disaster and doom. In the midst of the night an unnatural light shone over the temple and the altar. Upon the clouds at sunset were pictured chariots and men of war gathering for battle.

Last Friday morning [August 24, 1906], just before I awoke, a very impressive scene was presented before me. I seemed to awake from sleep but was not in my home. From the windows I could behold a terrible conflagration. Great balls of fire were falling upon houses, and from these balls fiery arrows were flying in every direction. It was impossible to check the fires that were kindled, and many places were being destroyed. The terror of the people was indescribable.

Fearful sights of a supernatural character will soon be revealed in the heavens, in token of the power of miracle-working demons. The spirits of devils will go forth to the kings of the earth and to the whole world, to fasten them in deception, and urge them on to unite with Satan in his last struggle against the government of heaven. By these agencies, rulers and subjects will be alike deceived. Persons will arise pretending to be Christ Himself, and claiming the title and worship which belong to the world’s Redeemer. They will perform wonderful miracles of healing and will profess to have revelations from heaven contradicting the testimony of the Scriptures.

This text is from the book Maranatha by Ellen G. White.