Time of Testing Has Begun – Part 3 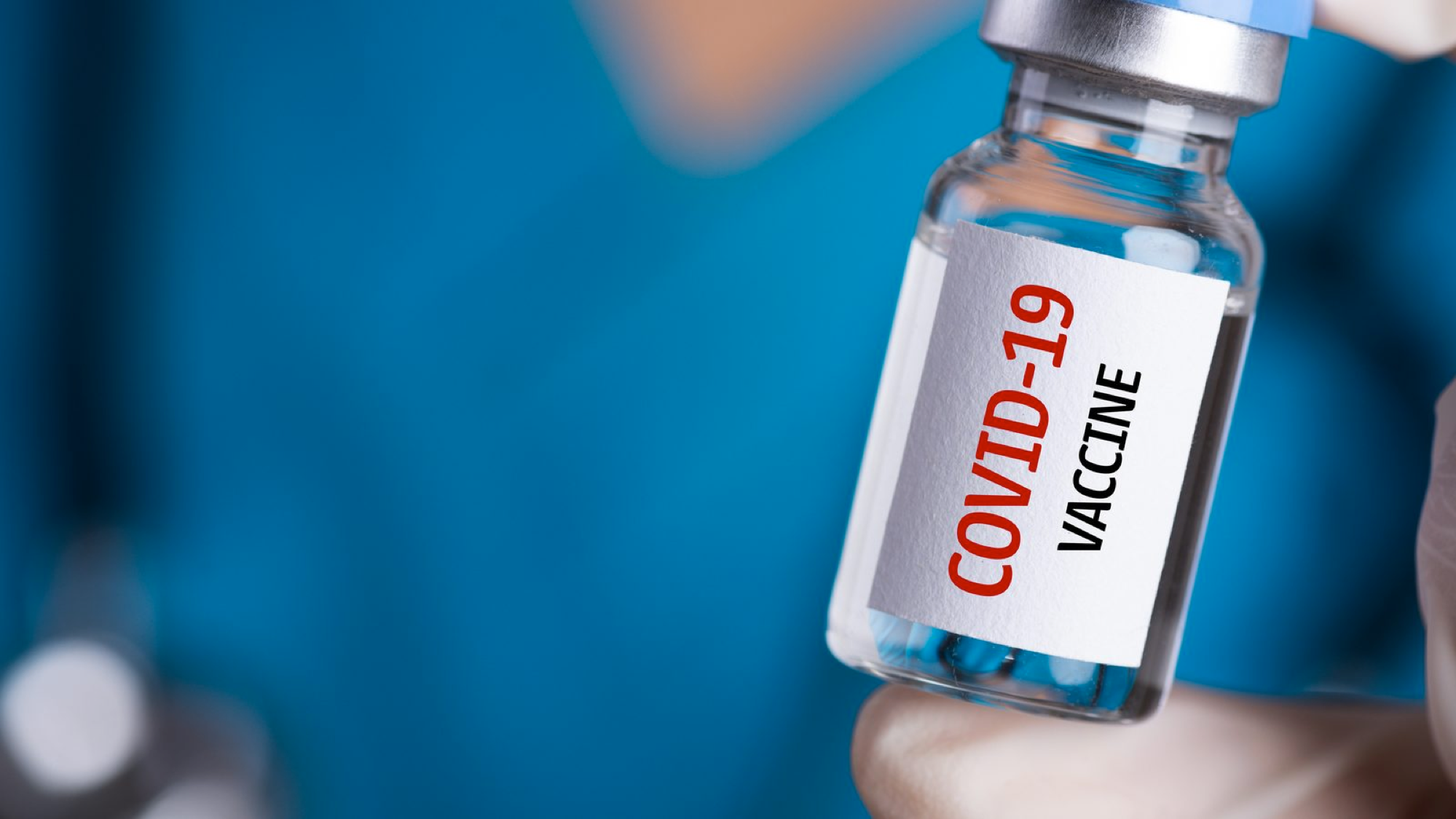 The Church hasn’t understood the role of the Covid health crisis in end time prophecy. God will test His people on His Natural (health) Laws and Moral (Ten Commandments) Law. Both tests begin at the passing of a decree, respectively.

Scroll all the way to the bottom of this post to view the “Investigative Judgment Timeline” referenced in the show.

The Covid Vaccine and the Judgment of the Living

-The Covid vaccine is a warning, a blowing of the trumpet to announce the imminent beginning of the Judgment of the Living.

-The Judgment of the Living begins at the National Sunday Law.

-God has established a parallel between His Natural Law (Health Law) and His Moral Law (Ten Commandments).

-In the same way that the mark of the beast only comes into existence at the passing of the National Sunday Law, so the taking of the Covid vaccine only becomes a sin when a national decree makes the vaccine mandatory for all citizens.

-Our only safety is God’s health plan. We need a health reform in the Church and in our lives.

-God’s remnant people must live the health message and allow their own health to shine in a sick world.

Why you should NOT take the Covid vaccine, even if your Pastor says “take it”

In “Time of Testing – Part 2” I explained at great length what’s in the Covid vaccine. I also explained that the vaccine is not a one-time deal. It will become a way of life for those who take it. They’ll make you renew it often, every time they mutate the virus or release a new strain.

Every injection of this vaccine will be deadlier and deadlier, until all the world has drunk of everything that’s in the vaccine master plan (again, refer to Part 2 of this series). Everyone will be sick.

Not only that, the vaccine will become part of your identity. You will receive a Covid vaccine certificate ID and wear it as your badge of honor, or rather, of dishonor.

God established a parallel between His Natural and His Moral Laws

God’s Natural Law (or Health Law) is INSIDE the Ark of the Covenant in the Most Holy Place, together with the Tables of the Law (Ten Commandments):

The apostle Paul describes this very well in Hebrews 9:3-4:

3 and after the second veil, the tabernacle which is called the holiest of all;

To finish off with the parallel that the lord has established between the natural law and the moral law, between the covid vaccine and the mark of the beast, let us review the Second and Third Angels’ Messages found in Revelation 14. There’s a lot to say about these messages, but we’re focused only on this point.

The nations drink – that means there’s something liquid about what’s in her cup. (Also in Part 2 of this study I had explained in detail what’s in the golden cup of Babylon and what is in the wine. It will give you much insight and help you understand the real agenda behind the Covid vaccine.)

What wrath is hers? None other than the wrath of the dragon against God’s true people, as described in Revelation 12:17. Satan would like nothing more than to destroy all of God’s people with the abominations in the Covid vaccine. All of this is leading up to the Battle of Armageddon, where Satan will lead the nations to wage war against God’s remnant. If you drink the wine of Babylon, in other words, if you take the vaccine and allow yourself to be indoctrinated with her lies, you’re no longer a part of God’s people – you become part of the nations of the world.

Let’s continue with the Third Angel of Revelation 14:

9 “and the third angel followed them, saying with a loud voice, If any man worship the beast and his image, and receive his mark in his forehead, or in his hand,

11 and the smoke of their torment ascendeth up for ever and ever: and they have no rest day nor night, who worship the beast and his image, and whosoever receiveth the mark of his name.”

If you read carefully how the Third Angel’s Message follows on from the Second’s, it’s easy to see that the drinking of the wine of the wrath of Babylon’s fornication leads the nations to worship the beast and to take his mark. There’s a cause and effect relationship. They receive the full wrath of God as has never before been experienced on the earth. “He who hath ears, let him hear what the Spirit saith unto the churches…”

The beginning of the Judgment of the Living

As Adventists, we understand that the Judgment of the Living begins when a National Sunday Law is passed in the United States. How do we know that? Let’s look at the Bible evidence and a very specific quote from the Spirit of Prophecy.

In revelation 14, the Third Angel’s Message (see above) warns the whole world not to take the mark of the beast, or they’ll receive the Seven Last Plagues. The National Sunday Law is the decree by which the mark of the beast comes into existence. The mark of the beast doesn’t exist until the National Sunday Law (NSL). The NSL opens up the period of the Judgment of the Living, because the decision people will make is eternally definitive: they will either be saved by being true to God’s 4th commandment and receive the seal of God, or they’ll worship the beast on Sunday and be lost, thereby receiving the Seven Last Plagues. The plagues are the execution of God’s judgments against the wicked who rejected his holy Sabbath. The Third Angel’s Message is proclaimed with the added power of God’s Holy Spirit after the passing of the National Sunday Law.

In that same chapter, Revelation 14, right after the Three Angels’ Messages are proclaimed, we see Jesus coming seated on a cloud to execute judgment on the earth. He will reap the harvest of the righteous and burn up the clusters of the vine of the earth which symbolize the wicked (vine = those who drank the wine of the Great Harlot and therefore receive the wine of the wrath of God).

Revelation 15:4 says: “who shall not fear Thee, o Lord, and glorify Thy name? for Thou only art holy: for all nations shall come and worship before Thee; for Thy judgments are made manifest.” This is part of the Song of Moses and the Lamb which the 144000 sing in heaven after they pass the Sabbath test and are judged worthy of heaven. This scene takes place in heaven when the seven angels are preparing to pour out the Seven Last Plagues. The 144000 are symbolically portrayed as being in heaven. They’re literally and actually not in heaven because they’re still on the earth giving the Loud Cry of Revelation 18:1-2. But this image is given to us to reinforce the understanding that the Judgment of the Righteous precedes the Judgment of the Wicked. Chapter 15 is a scene of Judgment: we can call it sentencing. The heavenly court has determined that the portion of the righteous is heaven, and the portion of the wicked is the plagues.

At the end of Revelation 6 (verse 17), the question is asked: “For the great day of his wrath is come; and who shall be able to stand?” The answer of course is given in Revelation 7, where the number of the sealed is given: 144000 servants of God. They pass the Sabbath test by being faithful to God’s law and rejecting the mark of the beast. Therefore, they are found worthy to receive the Seal of God and the Latter Rain which is the outpouring of God’s Spirit. Thus they’re anointed to perform the last closing work on the earth: to take the Everlasting Gospel to the whole world and to give the Loud Cry of the Third Angel’s Message.

The other piece of evidence that the National Sunday Law signals the beginning of the Judgment of the Living is this statement by Ellen White in Testimonies 6, 130:

“Now, when the great work of judging the living is about to begin, shall we allow unsanctified ambition to take possession of the heart and lead us to neglect the education required to meet the needs in this day of peril?  In every case the great decision is to be made whether we shall receive the mark of the beast or his image, or the seal of the living God.” {6t 130}

The prophet very clearly associates the decision point between taking the mark of the beast versus the seal of God with the beginning of the Judgment of the Living. That decision point is marked by the passing of the National Sunday Law.

Now that we understand all this, it becomes easier to understand why the Judgment of the Righteous precedes the Judgment of the Wicked. Jesus needs to know who are the subjects of His kingdom that He’ll be taking home with Him. Jesus also needs to identify the soldiers and servants that will finish the work here on earth with the power of the Latter Rain.

The blowing of the trumpet always precedes Judgment

Ten days Before Judgment Day in the Sanctuary Feasts, that is to say, Before the Day of Atonement, the trumpet was blown to announce that judgment was imminent. The congregation knew their duty: they needed to be afflicting themselves while the High Priest was in the Holy of Holies officiating on their behalf.

In the summer of 1844, what the Adventist Pioneers called the “True Midnight Cry” went forth, announcing the imminence of the Second Coming. We all know they were disappointed and what actually took place in heaven was the the beginning of the Judgment of the Dead. This is why God allowed the Midnight Cry to go forth. The whole earth needed to know that something momentous was about to happen: that was the beginning of the Final Judgment. 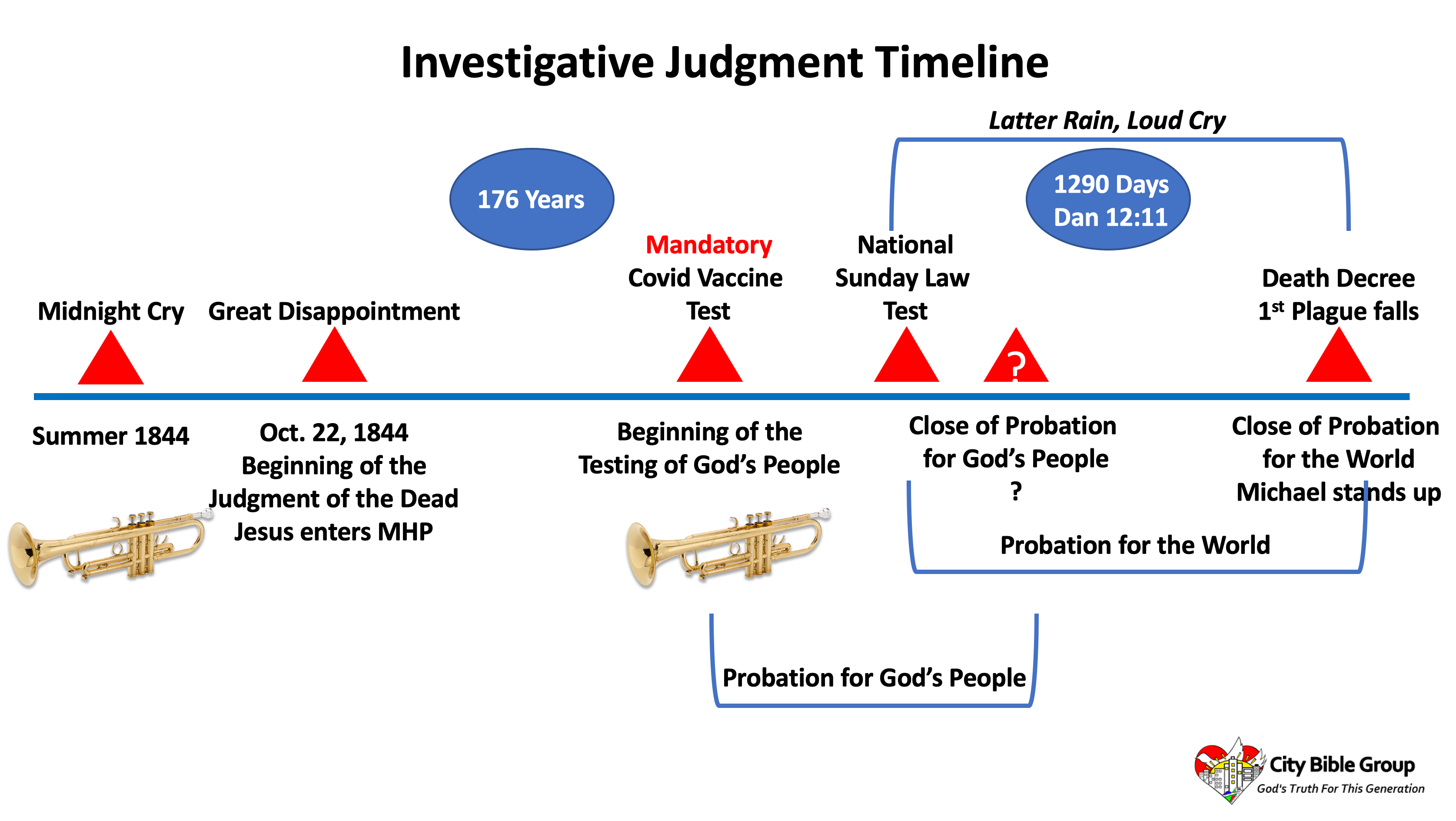